Other websites dedicated to a new economics and sustainable development

The below links lead to websites which, as new-economics.info, promote new ways of economic thinking, often in combination with the aim of fostering sustainable development.

Website of the Institute for New Economic Thinking (INET). INET’s mission is to nurture a global community of next-generation economic leaders, to provoke new economic thinking, and to inspire the economics profession to engage the challenges of the 21st century. INET sets up research programs and offers research grants, organizes conferences, and in its own words “establishes partnerships with leading thought centers (universities, think-tanks and other research-oriented institutions) around the world to provide intellectual hubs aligned with the INET mission and supporting local communities of innovators.”

Where we differ: The Institute stays safely within the confines of conventional liberal economics, there is nothing revolutionary here. It is a podium for the progressive economic establishment, but leaves little room for presenting really new ideas. I contacted INET to see if there was some way to put Crisis, Economics and the Emperor’s Clothes up for discussion, and received back an offer to apply for a grant. Nonetheless, better a progressive, liberal economics with attention for such issues as sustainability and inequality than orthodox economists who either believe genuinely that markets are the solutions to all problems, or proclaim to do so to serve the interests of the well-off….

The new economics foundation (nef)(not using capital letters for their name is nef’s choice, not mine!) is a British independent “think-and-do tank” that “inspires and demonstrates real economic well-being.” Further quotes: “We aim to improve quality of life by promoting innovative solutions that challenge mainstream thinking on economic, environment and social issues. We work in partnership and put people and the planet first. … We are unique in combining rigorous analysis and policy debate with practical solutions on the ground, often run and designed with the help of local people. We also create new ways of measuring progress towards increased well-being and environmental sustainability.”

Where we differ: nef is comparable to INET in that it is a haven for progressive economists who aim for a better, more equitable and sustainable world, yet do not address the fundamental shortcomings of economics as a science. Instead of the more academic approach of INET, of research grants and projects and promoting the exchange of ideas, nef is more practically oriented. About finance and business: “We need a financial system that channels resources into socially useful and productive activities that respect environmental limits. Businesses are powerful agents for innovation and must be part of the solution.” It has a host of interesting publications on its website.

The mission of the New Economics Institute is to build a New Economy that prioritizes the well-being of people and the planet. The Institute recently merged with the New Economics Network, and presently focuses on building a movement that in its own words, “will propel America to rapidly embrace the transition to a just and sustainable economy”. Lines of work include support for campus networks dedicated to a new economy, conferences and seminars, a library (with among others the work of E.F. Schumacher, well known for his dictum “small is beautiful”), and work on local currencies and community land trust systems.

Websites with an interesting vision on money and banking:

The Public Banking Institute, PBI, is committed to public banking becoming a mainstay of support for the new economy. It advocates public banking for freeing the credit potential of public revenues and then harnessing this public wealth to create sustainable, abundant and affordable credit to support local economies and citizens and building economic capacity for investment in such fields as renewable energy and sustainable agriculture.

Website dedicated to a book by Ellen Hodgson Brown (one of the driving forces behind the Public Banking Institute), The Web of Debt: The Shocking Truth About Our Money System And How We Can Break Free, which explains how in today’s society money creation has been captured by private interests. The book explores the history of money and banking, public and private, and presents public banking and money creation as an alternative to today’s financial system in which money creation has been appropriated by private banks. The website has a blog page (http://webofdebt.wordpress.com/feedback/ with active ongoing discussions.

Bernard Lietaer is a monetary expert with a long track record in banking and the design and implementation of currency systems. He has studied and worked in the field of money for more than 30 years in an unusually broad range of capacities, including central banking, fund management, as a university professor, and as a consultant to governments in numerous countries, multinational corporations, and community organizations. His most well-know book is The Future of Money: Creating New Wealth, Work and a Wiser World (London:  Random House, January 2001). His website contains information on his books and other work, and many links to related websites.

Website managed by Thomas E. Greco Jr., dedicated to demystifying money by presenting the best leading-edge ideas on monetary and non-monetary exchange. It is a resource devoted to the advancement of economic democracy, self-determination, and global harmony.

Website of the Centre for the Advancement of the Steady State Economy (CASSE), created by environmental economist Herman Daly and colleagues. The mission of CASSE is to advance the steady state economy, a society with stabilized population and consumption and ecological and economic sustainability, as an alternative to the drive for economic growth.

Where do we differ? I agree with CASSE that we have to convert to a steady state economy, but I don’t hold this to be possible or desirable immediately. First we need a period of investment in the conversion to a sustainable economy, which in itself will consume resources in an unsustainable manner. However, the end result will be a green economy that is sustainable and steady state. The conversion to a green economy and an equitable society with equal chances for all will also yield the jobs and opportunities for people to escape poverty. Arguing for a steady state economy at this point in time is valid for the rich nations, but takes insufficient account of the needs of the two-thirds of the global population still living in poverty.

Website of the Social Trade Organization (STRO), dedicated to innovative solutions to increase the purchasing power in local economies through new forms of money and credit. Quote: “In a globalized world, local economies easily end up at the impoverished end of the trade/wealth spectrum.  In fact, many communities have been paralyzed for years in needless economic depressions. Social Trade Organization (STRO) targets these communities with its innovative solutions that increase the purchasing power through new forms of money and credit and by making existing purchasing power circulate longer within a given community or region…. The current economic and financial crisis clearly shows that the current monetary system with its interest bearing money doesn’t work at all. For two decades, the STRO Group has been working on new ways to make money work to get regions out of economic crises.

STRO has developed and tested monetary tools in pilot projects and built the banking software that support these tools. The Spend Local campaign aims to promote the worldwide use of STRO tools.”

Website dedicated to my book Global Development: Problems, Solutions and Strategy. A proposal for socially just, ecologically sustainable growth, published in 1998. The website also contains discussions and papers on economics and sustainable agriculture.

Website of the Public Services International Research Unit (PSIRU), which researches the privatisation and restructuring of public services around the world, with special focus on water, energy, and waste management. Much interesting material on the effects of privatization. 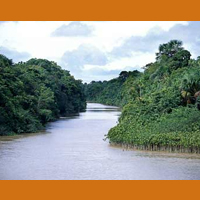 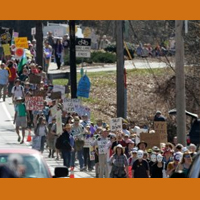 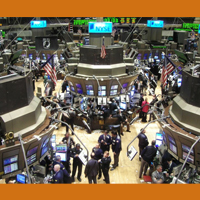